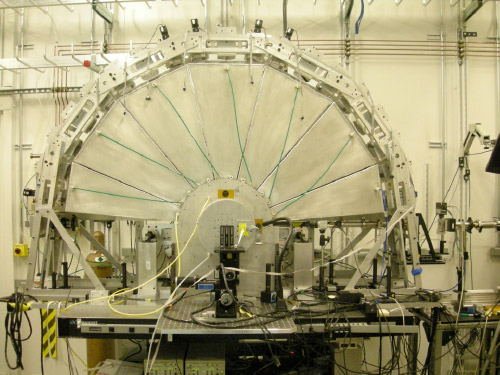 The APS beamline 3-ID offers off-line Mössbauer spectrometer services to COMPRES users who are interested in characterizing their iron containing samples before or after the experiments.

The Mössbauer Laboratory at the APS was made available to COMPRES researchers 4 years ago as a service and a research tool. Initial users were APS General Users who were interested in learning more about their samples before or after their experiments at the beamline.  With the purchase of “point source” (400 µm in diameter), it became possible to measure spectra from samples placed inside the diamond anvil cell (DAC). Since then, there has been a steady interest in the laboratory-based facility.

The mineralogical interest is centered on the iron site and its structural properties as a function of pressure. The spectroscopic quantities that can be measured are the following are isomer shift, quadrupole splitting, magnetic hyperfine field, and relative amounts of each type. Currently, we are only offering room temperature measurements, and we plan to expand this to low temperatures in the future, which will help identify phases more reliably.